Alaska · About River or Ocean Cruises

If you are anything like our group of travel renegades and enthusiasts here at Herff Travel, this summer heat probably has you itching to go north for a bit. When the walk from your car to your office leaves you feeling like another shower wouldn’t hurt and you are churning through ice cubes and sunscreen faster than you can keep count, we can completely understand a yearning for a cooler climate. Our intrepid cruise specialist, Connie, just off a refreshing cruise to Alaska, should be an inspiration to us all. For a gal who has been on over 50 cruises, she rates Alaska as one of her all-time favorites, has been several times and would go again tomorrow if asked. 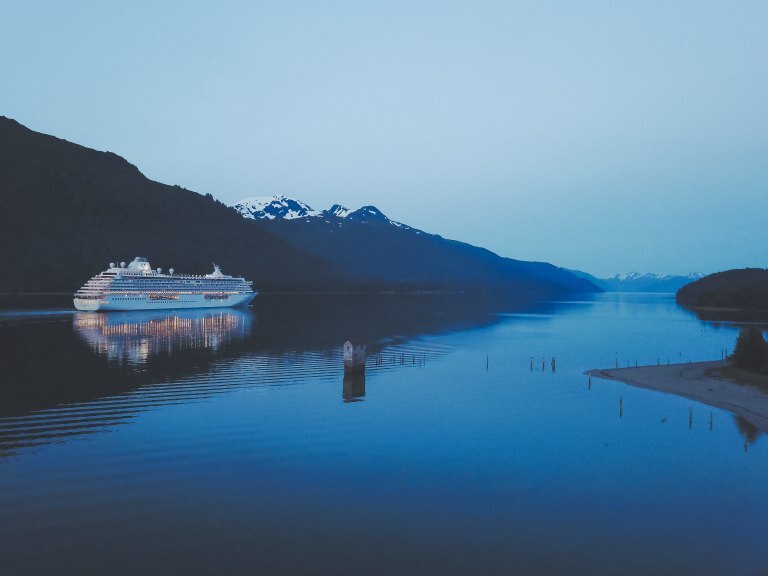 An Alaska cruise is much different from your run of the mill Caribbean or Mediterranean cruise and not just because of the scenery but, rest assured, the scenery is the star player on this cruise. You don’t go on an Alaska cruise for the fancy entertainment or for wild cruise ship spectacles. A journey up the Inside Passage is one dedicated to the splendors of mother nature. We highly recommend a balcony suite on this cruise, trust us, you will relish leisurely mornings sipping coffee on the balcony watching majestic glaciers slicing through the mountains and bears playing along the shorelines. 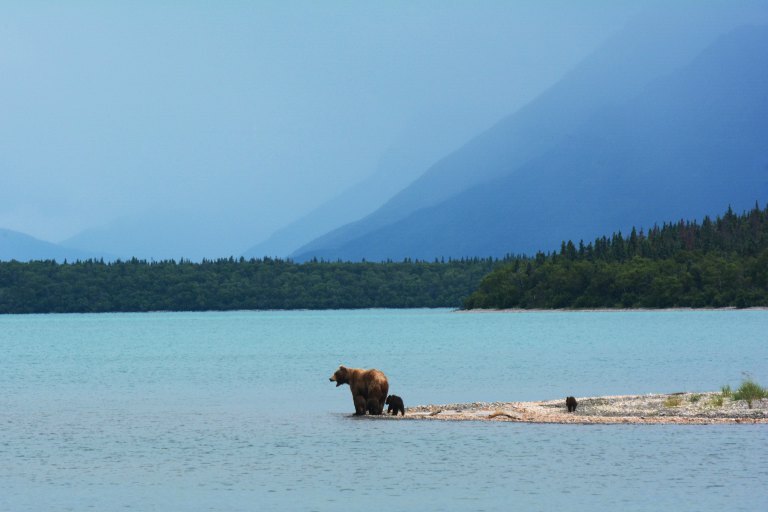 Alaska cruise season is from May through September, with the most economical fares on the shoulders. The Inside Passage cruise runs from Puget Sound along the coast of British Columbia (pack a passport for your Vancouver stop) into the Gulf of Alaska. Departures are generally from Seattle or Vancouver ending in Seward near Anchorage. The usual stops along the way are Juneau, Ketchikan, Skagway, and Sitka. The Inside Passage was formed millions of years ago by retreating glaciers and it includes thousands of islands, fjords and wildlife habitats including whales, bald eagles, bears, salmon, and seals. Glaciers, such as the 40 story high Hubbard glacier, the largest on the Alaskan coast, can be so enormous they dwarf even the biggest cruise ships. These powerful glaciers are ever changing and radiate an aquamarine blue tint that is indescribable. 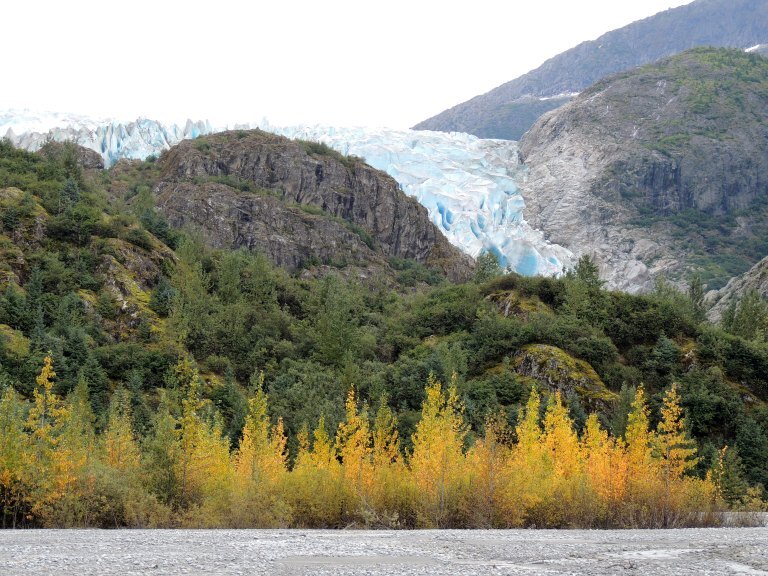 There is generally a casual vibe on an Alaska cruise as it is geared towards outdoor adventures. One day you may choose to go dogsledding where you can spend the day learning about these incredible dogs, playing with the puppies and being pulled along on a rollicking sled ride. You absolutely should do the float plane tour in Ketchikan, it can be a bit of a splurge, but well worth it for the exhilarating views and wildlife spotting. When in Skagway, it is well worth the time to take the White Pass & Yukon Rail trip: a gold rush era rail line that cuts a narrow gauge from Skagway to the Yukon that climbs 3,000 feet past spots like Inspiration Point and Dead Horse Gulch to the headwaters of the Yukon River. One of Connie’s favorite days was a day spent cruising in Glacier Bay where one can sit on the deck and listen to the groans and creaks from the glacier as it churns the rock and water. 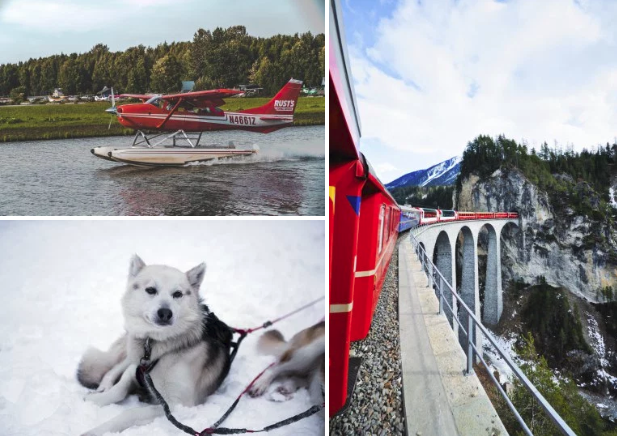 You can expect the weather to be cold despite it being the summer months, though a cloudless day could prove to be warmer than expected. It will most likely rain at some point during your cruise, pack accordingly, but don’t let it deter you from your activities. Really it just adds to the mystique and charm of the place. We highly recommend a few pre or post nights in Denali where you can set your feet on solid ground for a while and marvel at North America’s highest peak. 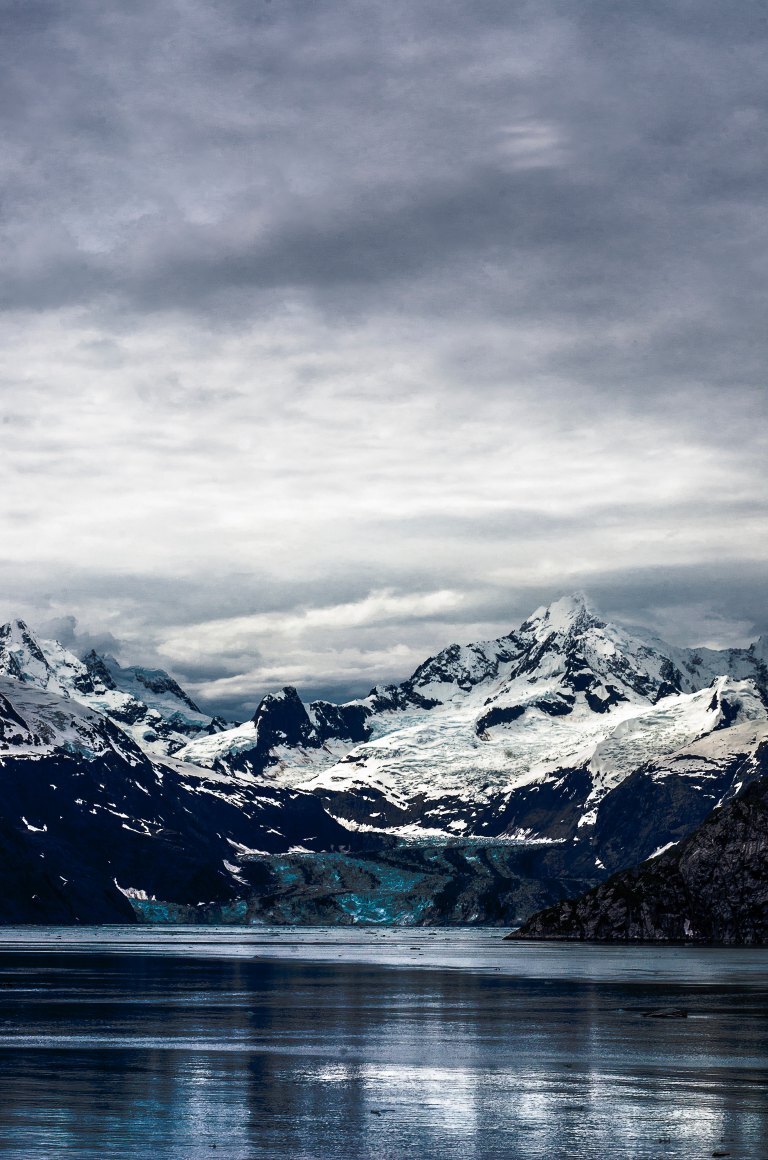 A cruise to Alaska is rich in once-in-a-lifetime opportunities and can be fun for the entire family. Be sure to pack your binoculars to spot bald eagles and other creatures. Also, be prepared for all manner of weather and for sights and sounds that are as awe-inspiring as they are serene.

The latest designs, innovations, and features, in a sparkling white cruise ship gliding over the waves. If that’s not enough... learn more

'Astro' Travel Will Have You 'Seeing Stars'

International Dark Sky Week, held during the week of the new moon each April, calls for people worldwide to turn... learn more

Yes, You Can Cruise Again - This Summer! Here's How.

No sailing in American or Canadian waters yet? No problem! That’s what at least three cruise lines – so far - are... learn more