The Hotel that made Copacabana Famous

Some hotels help define their destinations.   Not only with an historic pedigree, but with a location that makes them central to the local lifestyle.
The Belmond Copacabana Palace helped create the mystique of Rio de Janeiro that thrives even today.
Imagine a time when Rio’s now-epic beaches were unused and unfashionable. In the 20’s, Brazil’s upper classes lived in the cooler elevations of the hills. 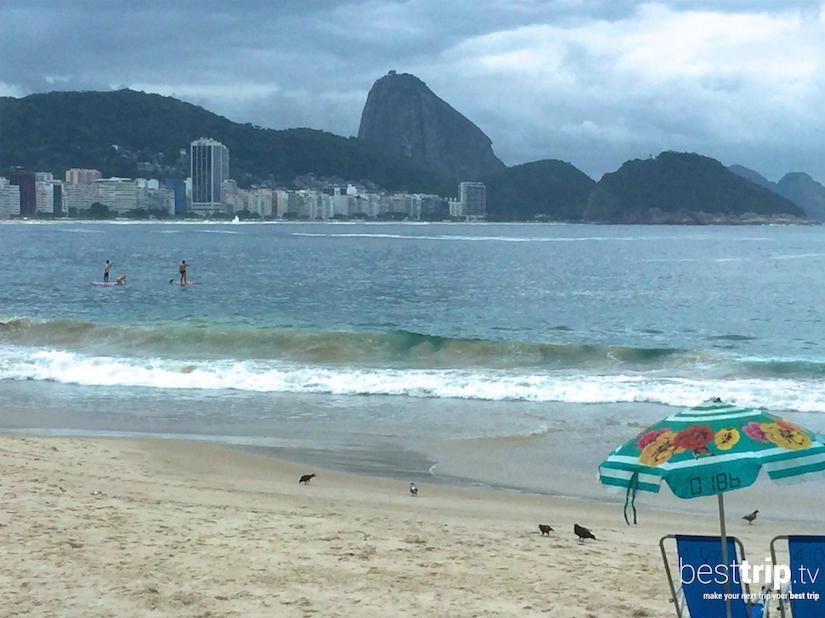 So when the country’s president asked a local wealthy businessman to build a landmark hotel on Copacabana beach to help mark Brazil’s centenary, a lot of eyebrows lifted.
But the idea turned out to be the start of a legend. A French designer created an Art Deco palace inspired by the elegant, white limestone and marble hotels lining the seashore in Cannes and other storied Mediterranean destinations where the rich and famous went on holiday.
It instantly put Copacabana on the world stage… and ever since, it’s drawn a global who’s who of royalty, celebrities and history-makers, from Princess Diana, to Marilyn Monroe, to Nelson Mandela and Brazilian supermodel Gisele Bundchen, who calls the hotel a second home.
The breathtaking property anchoring Rio’s Atlantica Avenue on Copacabana beach has seen millions of dollars of renovations and upgrades in recent years, and been brought into the Belmond hospitality family that includes the legendary Orient-Express luxury train, and Venice’s most prestigious hotel, the Cipriani. Today, the Belmond Copacabana Hotel maintains its rank among that stratospheric tier of worldwide hotels who help define their destinations. 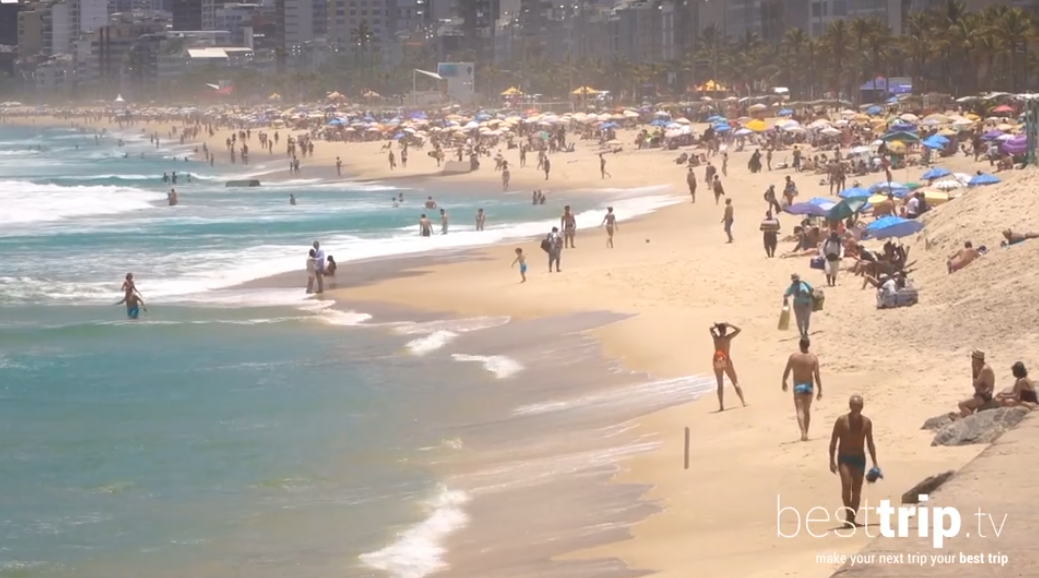 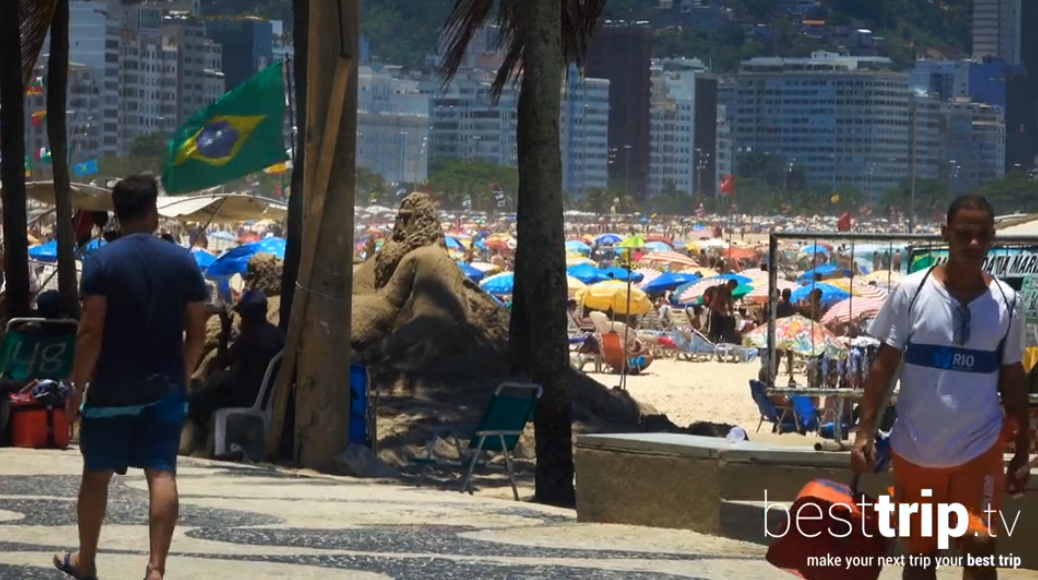 It is the landmark on what is now one of the world’s most epic beaches, an oasis from the throbbing beach lifestyle, just across from the famous mosaic boardwalk known the world over.

The architectural character that includes towering ceilings, period furniture crafted from Brazilian freijo or mahogany wood, along with antiques, French fabrics and fine oriental carpets is married with modern design elements and all the comforts of 6-star hospitality, including beds so comfortable, it’s said Keith Richards’ wife asked to buy some after staying in the hotel while the Rolling Stones were there on tour. 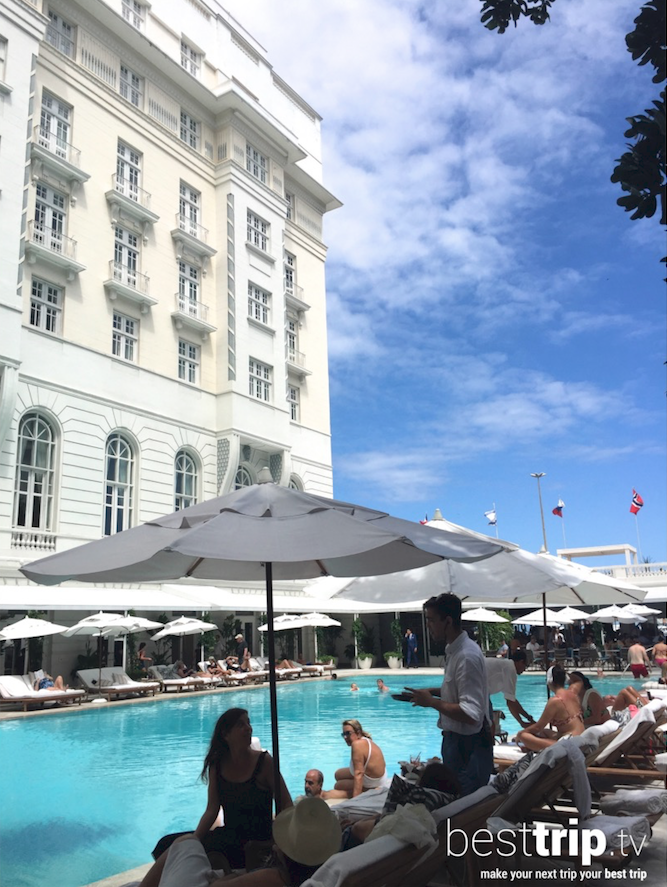 Guests can sip cocktails and champagne and enjoy the refreshment of fresh fruit trays and iced towels that pool staff bring around as they lounge by Belmond Copacabana Palace’s scenic, half-Olympic sized pool, spend time in the spa that is the largest urban space of its kind in Brazil, work on their serve on on-site, urban tennis courts, and join the local and international A-listers in Rio’s top bars and restaurants, from the first restaurant on the continent awarded a Michelin star, to an Italian restaurant named after its sister Hotel Cipriani in Venice, to a restaurant that overlooks the Copacabana’s legendary swimming pool. 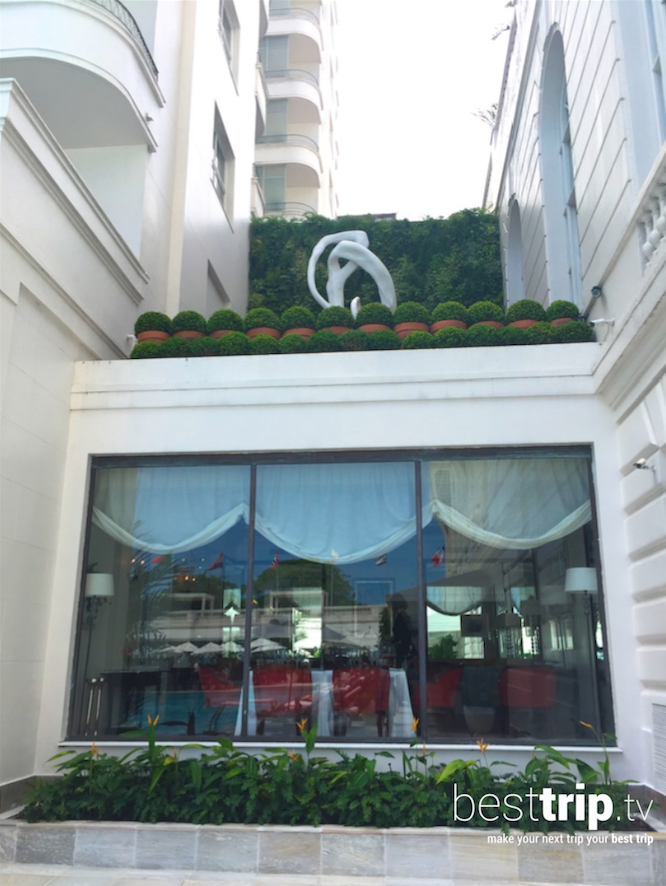 (Photo: Belmond Copacabana Palace)
The Copacabana Palace evokes a sense of being part of a timeless era of international glamour, perhaps most when it hosts the celebrated Rio Carnival Ball, a tradition begun the very year the hotel opened in the 1920’s. The Carnival ball has become an event as synonymous with the city’s Carnival as the costumed samba parade itself, considered one of the greatest shows on earth.
The society and couture fashion highlight of Carnival, this is where the rich and famous come from around the world to party like Brazilians. The spectacular black-tie event takes over the hotel, with live samba music in different art deco ballrooms, and on the spectacular hotel veranda, overlooking Copacabana Beach that the hotel helped turn into the legend it is today.

Mexico has some of the best beach destinations on the continent, and four new - or completely renewed - luxury resorts... learn more

This may be the smallest type of cruise possible. Luxury travel company Belmond is building another mini-river cruise ship. This... learn more

Getting 'Salty' in Anguilla

“Water, water, everywhere, but not any drop to drink.” Being surrounded by seawater takes on new meaning in the British... learn more