Shouts of “Viva Fiesta!” can be heard all around us here in San Antonio during the end of April.
Yesterday kicked off our annual Fiesta celebration. Now in its 126th year, Fiesta is a ten-day celebration to commemorate the battles of the Texas Revolution. What started in 1891 as a parade of carriages decorated with spring flowers passing through downtown in front of the Alamo now comprises of over 100 events including 3 major parades, neighborhood festivals, musical performances and numerous cultural events celebrating all aspects of Texan culture. The town is in constant party mode day and night. Streets are littered with confetti, women dress in colorful Mexican dresses and flower crowns, tacos and beer are consumed all day long with relish, fireworks pop through the night, mariachi and polka bands compete for attention throughout the city and homes are adorned with streamers and wreaths. It’s a fantastic time to be in San Antonio and us locals wear our Texan pride with great enthusiasm and cheerfulness.
Festivals can be found around the world throughout the year, celebrating all manner of things spiritual and temporal. It is always an amazing reason to visit a new place or discover something new and compelling about one of your favorite places. We’ve compiled a list of exciting festivals to add to your bucket list: 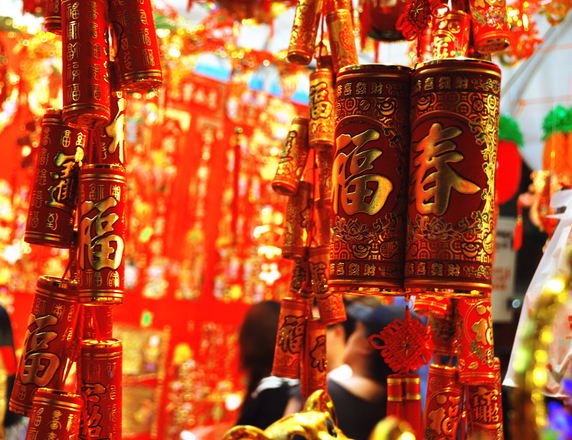 Also known as “Spring Festival,” this runs 15 days through January and February celebrating the turn of the traditional lunar new year on the Chinese calendar. This celebration is traditionally meant to honor deities and ancestors and to sweep away ill-fortune, making way for good luck in the coming year. Cities are drenched in red lanterns, streamers, and Chinese symbols. Dragon and lion costumes dancing through the streets are a common sight. Families hold a reunion dinner where consuming dumplings symbolizes wealth while fireworks are lit constantly, warding off evil spirits. Chinese New Year is celebrated all over the world, anywhere with a prominent Asian population, though some incredible places to experience it are Hong Kong, Beijing, Singapore, and Bangkok. 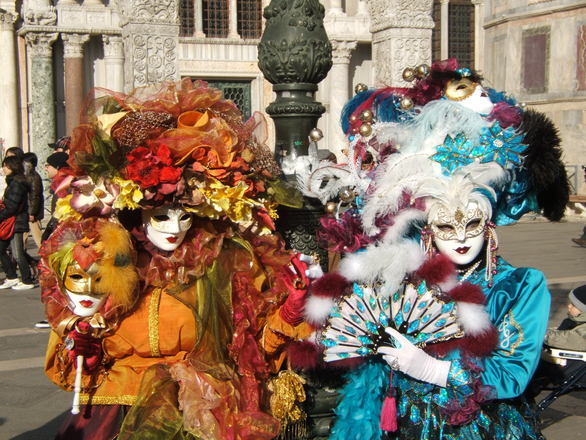 This raucous party falls the days before the Christian season of Lent begins, usually the end of February or beginning of March. It is a time of excessive consumption to preclude the time of austerity before Easter. Historically, it is a time when social norms and roles can be reversed without repercussion. Rio de Janiero holds the title for largest carnival in the world. Parades of scantily dressed men and women bejeweled and befeathered in vibrant, sparkling colors gyrate through the streets of Rio and people party for days. In Venice, it is common to wear elaborately decorated masks and costumes, drinking, eating and chasing friends and lovers through the canals with laughter echoing through the night. In New Orleans, Carnival is known as Mardi Gras. The old French quarter is jammed with revelers tossing beads and drinking beer. The parades are world class and impressive. This is the kind of festival where moderation is frowned upon. Embrace it! Overeat, over drink, dress wildly, hug strangers. Get lost in the crowd of debauchery for a few days before returning home to normality. 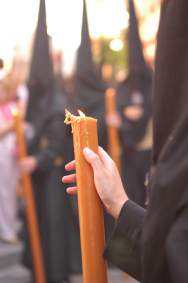 After the reckless abandon of Carnival, you may need to spend a little time in Spain during Semana Santa. A highly religious celebration during Holy Week before Easter with origins as far back as the middle ages. The southern region of Andalucia holds some of the most fantastic of these ceremonies. Sevilla, Granada, and Cordoba are inundated with solemn, somber and strangely glamorous, religious processions. Brotherhood organizations spend all year creating pasos – “floats” with different gospel scenes depicted on them relating to the Passion of Christ or the Sorrow of Mary. This huge pasos are carried through the streets on the shoulders of proud men. Accompanying these processions are people dressed in the “penitential robe” consisting of a tunic, cloak, and hood with a conical tip. A spooky sight for many, given the connotations of this pointed hood, this dress is considered a way for people to demonstrate penance while masking their identity. It is a mystical thing to see with the aromas of incense and flowers filling the air as thousands of people line the streets to watch the processions. Religiously devote or not, it is an incredible event to witness.

In India and Nepal, to celebrate the end of winter and the arrival of spring, signaling the victory of good over evil, the Holi festival is a riot of color and joy. Religious rituals and bonfires are held across cities and towns. People smear each other with colors and water in the streets, parks, and temples. There's singing and dancing in the streets and a customary intoxicating drink called bhang is drunk with relish. Holi is considered a day to end conflict, forgive and forget. It is a bright, mirthful celebration and a unique way to experience the culture of these vibrant countries. 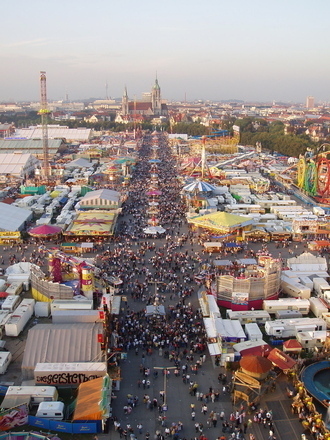 For 16 to 18 days in October, the city of Munich holds an enormous festival devoted to beer. Well, not entirely to beer, but that is a huge focus. Oktoberfest has been celebrated for centuries but really took hold in 1810 celebrating King Ludwig’s marriage. It is essentially a large fair with amusement rides, games, traditional foods, horse-racing, music, dancing and of course beer. There are parades of local breweries, their horse teams lushly festooned with ribbons and banners pulling carts filled with barrels of beer. Embracing the spirit of the festival, men dress in the traditional German lederhosen and women in the dirndl. Beer tents fill to capacity early with people from all over the world. It is a celebration of the harvest and of German heritage and pride. Lift a stein of a cold lager with your friends at this renowned festival in this lively, beautiful city. 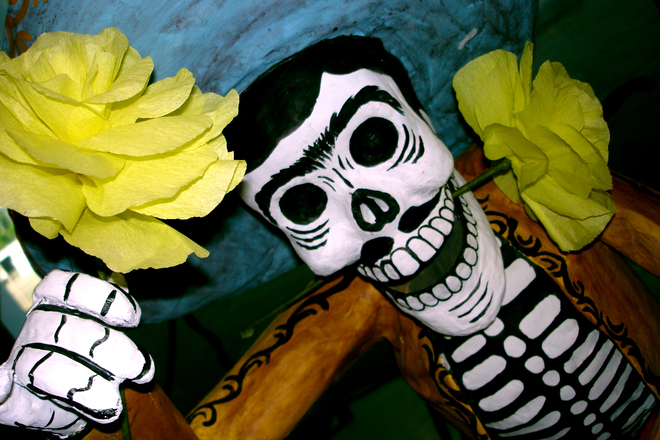 Celebrated on November 2nd in Mexico and places throughout the American Southwest, Dia de los Muertos, or Day of the Dead, is a gathering of friends and families to remember those who have died. With origins in an Aztec festival honoring the goddess Mictecacihuatl, this is now a Mexican national holiday including festivals and parades (the intro to James Bond Spectre takes place during Mexico City’s parade). This holiday celebrates death as a human experience and it is believed that the dead would be offended with grieving. Instead of grieving, people can be found partying in cemeteries, building alters decorated with Calaveras (skulls) and marigolds. Catrinas, a specific type of Calavera – a well-dressed, wealthy woman of the early 20th century with the face of a skull, are a popular decoration and offering to the dead. Traditional pan de muerto – a colorful, sweet, soft bread – is eaten and given as gifts. Don’t be shocked if you find mariachis playing in cemeteries and laughter ringing among the headstones.
Festivals across the world are an amazing way to experience the culture of a place. You can lose yourself in a crowd and become enriched by the noise, color, vibrations, smells, sounds that permeate a city during its festival. Far from stuffy museums, confusing airports, tour groups with headsets on; festivals are a way to truly immerse yourself in a culture. Live the party! Viva Fiesta!

San Francisco is a city we just can’t get enough of and surely never will. The views, the fog, the... learn more